Charming and quiet, the small harbour is surrounded by ancient buildings once inhabited by noble families. Between the 15th and the 17th century it was a busy distribution centre of goods and iron, where the boats came from and went to Venice.
From the harbour of Toscolano you can admire what remains of one of the many lemon gardens which dotted the territory of Toscolano until the beginning of the XX century and represented a major source of local income. Citrus fruits grown, especially lemons, were exported throughout
Europe. The cultivation was probably introduced by Franciscan friars in the thirteenth century and abandoned in the early twentieth century because it was no longer competitive. 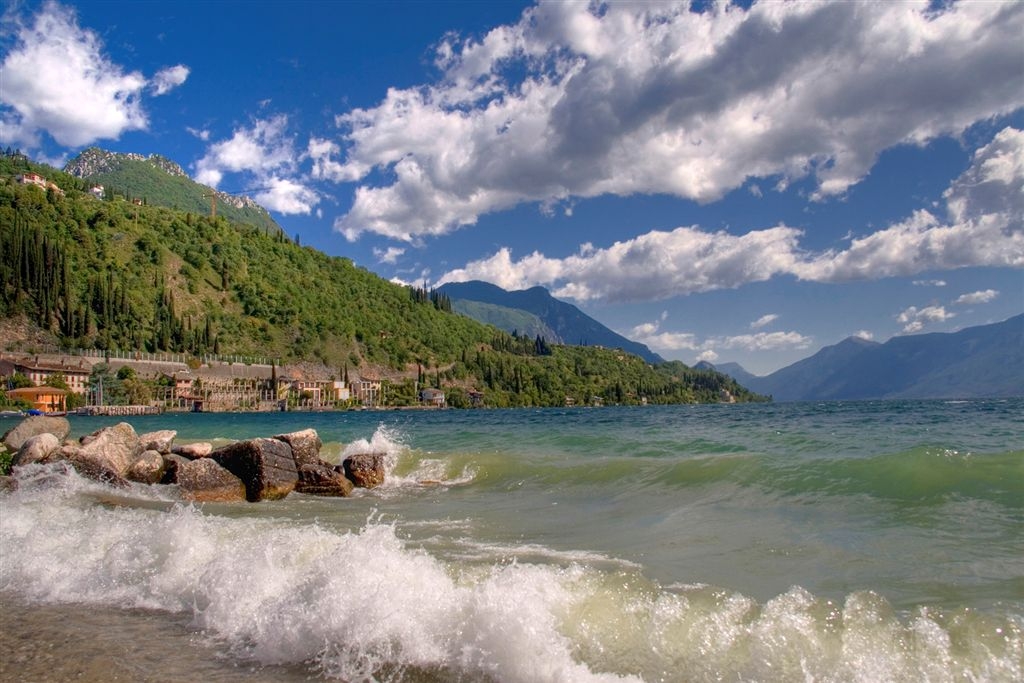