The original column, which represented a winged lion in stone with the Gospel, was raised by madernesi in 1610 in honor of the Venetian Republic, which, at that time, dominated our area. At the fall of the Venetian Republic a group of revolutionaries removed the stone lion and threw it into the lake with a rope around his neck and a big rock. But the symbol survived in the popular consciousness so that, after a century,  the people felt the need to put a new lion on the column. The current work is in bronze and was sculpted by sculptor Ettore Ximenes of Rome, a great friend of Giuseppe Zanardelli. The inhabitants were very disappointed when they discovered that the animal was in bronze, modest in size and above all devoid of the Gospel. But out of respect towards G. Zanardelli, at that time Chairman of the Board, it was decided to place it on the column in December 1902. Per its size and appearance, the local people called it with the nickname "El Gat" (the cat). 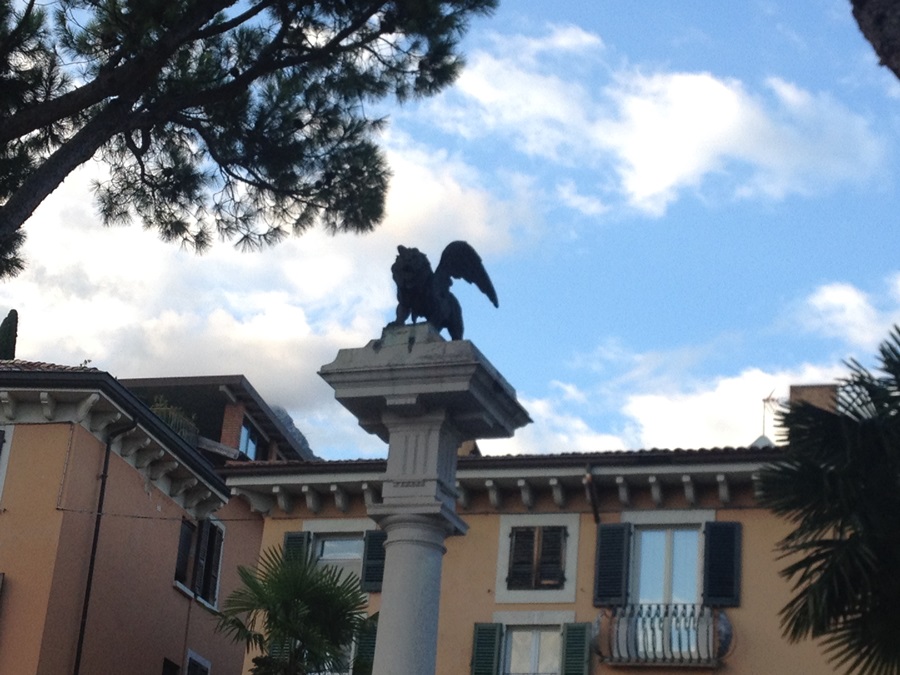